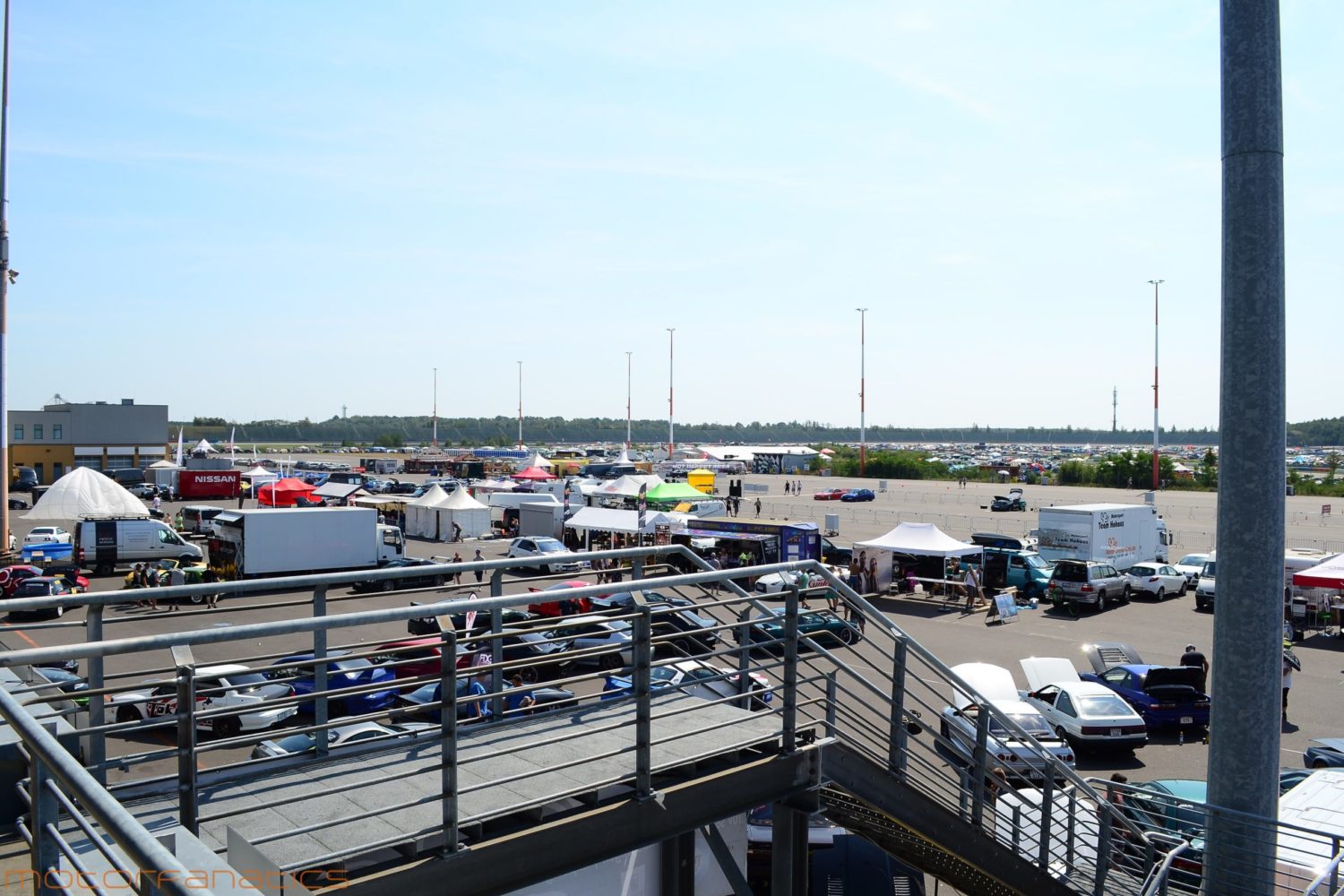 Reisbrennen Lausitz circuit 2015 was almost five years ago. Why write about it now ?While Corona, or Covid- 19 is all the rage at the moment, most of us have more spare time at home than we like. I am no exception to this rule. While checking and cleaning my photo & video gear I found an SD Card in a -now- unused DSLR. To my surprise it had on it a few hundred pictures from a huge event back in 2015.

With pictures, of course memories come back as well. It was a three day event at the Lausitz Circuit in the east of Germany. During noon the temperatures on the tarmac rose to 40°C. Cars and people both needed special caution during high noon. Where ever possible people and cars hid in the shadows during that time.

The cars in attendance varied from slightly modified to full on race car, with a few cars wearing tribute liveries ( and one real classic hiding between them)

Stickers, food and car parts are a given at any bigger car event, in addition to that you could dyno your car. Which is were we noticed this Nissan GTR wearing AMS Alpha stickers and making some serious noise. AMS performance offers tuning kits for the GTR promising big power.
…what explains the noise and the drag chute…

Two drivers, their cars, their abilities. That’s it. Whose car is faster, who is reacting quicker, shifting cleaner, knowing their car better? All that boils down in a few seconds.
No wonder the drag event was one of the drivers and viewers favorites.

Time attack was of course part of the three day event as well. Although it had slightly less attendance compared to drag. But this may be a misconception since it was separated into different classes. Yet there were some pretty nice cars to spot, like this modified Nissan Skyline R33 GTR showing of huge aero and one impressive exhaust.

What’s a good party without a little drifting? In a separated little “cubicle” the drifters could show their skill, tandem, single and even taxi! Sometimes the wall was close, sometimes closer like with this Corolla showing of a DRIFTunited.com License Plate “cover“.

All in all it’s quite difficult remembering the Reisbrennen event on Lausitz circuit 2015. But I hope this small anecdotes help painting a picture a little bit more, than just headlining it “cutting room floor images”. There is one particular car though, I remember vividly, because the guys from HKS were so kind to let me have some time with it and answer my annoying questions. But that’s another topic.

So stay tuned for that one!