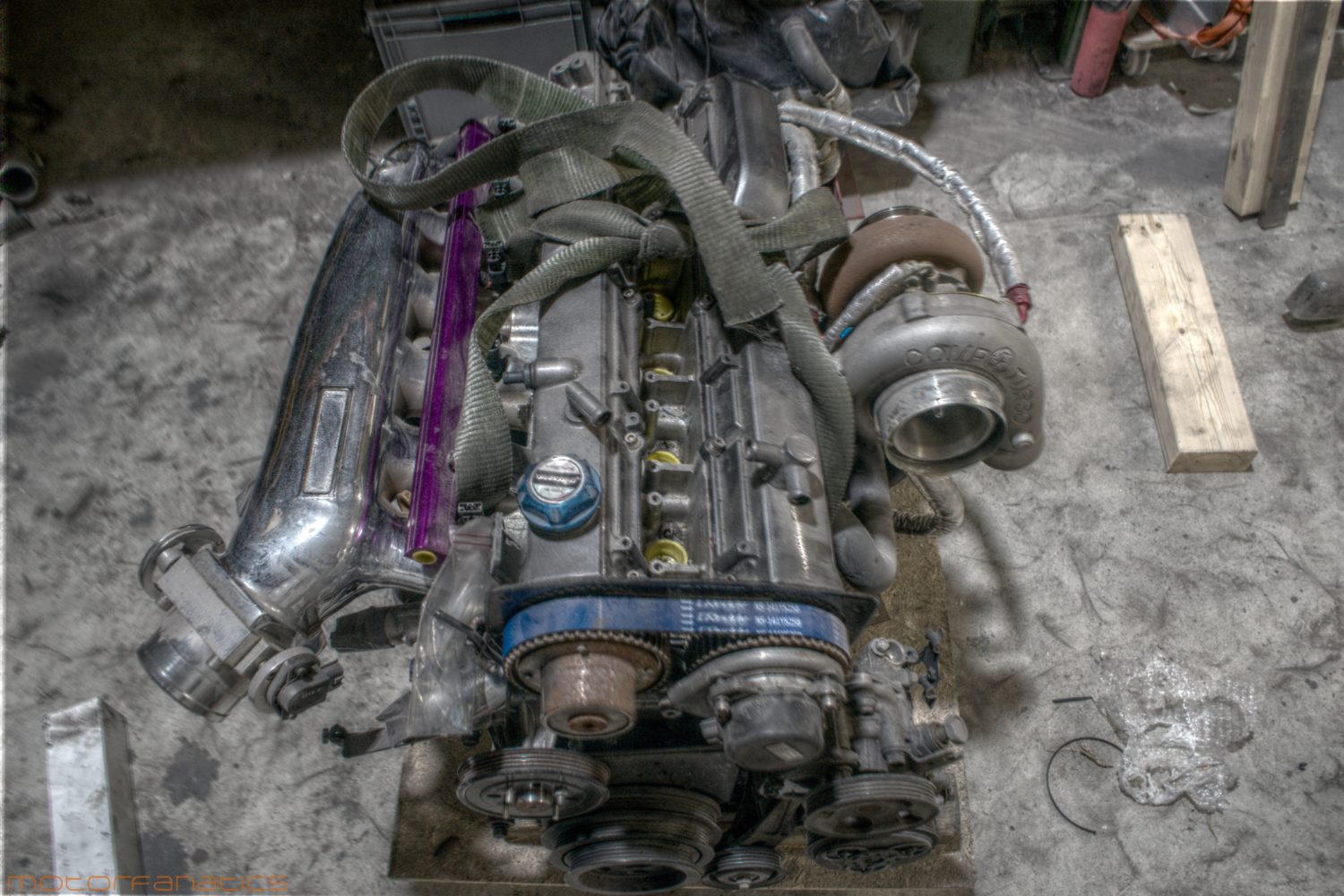 When one can say that the ECU is the brain of a car, clearly the engine must be its heart. With all its thirst for nourishment and its rumbling noise and fire spitting attitude. Combustion engines still have a touch of “force of nature“. Especially when the amount of cylinders or boost rises. In case of the Nissan RB engines is it too much to ask for both? While the GTR RB26DETT in all its glory and tuned variants, from the standard 2.6 liter up to the frankenstein RB30 or RB32 conversions with aftermarket crankshafts, conrods and RB30 blocks, is the poster child of the family, the RB25DET (NEO) is no slouch either.

Obviously the stock RB25DET and its Neo twin have some undeniable drawbacks compared to their big brother. For example the visually obvious, atrocious intake manifold, or the slightly fragile stock turbocharger. But the more money you throw at those RB, the minor those differences become, until everything becomes a hotpotch of parts from different RB versions “combined to become the mega zord – uhm mega RB“.

This particular RB25DET Neo engine has seen its fair share of iterations. In its current form it runs a Comp Turbo CT4 6765 triplex ceramic ball bearing turbo charger capable of up to 940hp. Although the engine might sustain the strain from so much horsepower the 750ccm injectors will not be able to deliver the needed fuel for that. While I still do have my doubts that a turbo of that size could really deliver nearly 1000 horsepower, I am sure that I will never try to reach those numbers with this engine.

After all the setbacks this engine was build for a healthy amount of RPM and horsepower, healthy as in make it sturdy enough to survive a harder beating than the one it is going to get! After all this is what the main spec list is supposed to show:

Although this is only a small excerpt of all the parts and work done on this RB25DET Neo, you may now understand why I was so adamant that this engine is build to last. The powergoal is somewhere in the range of 500 to 700 horsepower. I will be totaly fine with 500 horsepower if only it gets the car back onto the streets faster. But I won’t say no to 700hp either.

In the end it all comes down to reliability. How will the parts behave, do they all have survived the long time the engine waited to be placed in its new home? Will it be reliable? A serious engine needs serious monitoring. An athletes heart needs a good team of doctors to monitor it while running close to the limit. With that, we have come full circle and will take a look at the brain that will have to do all the monitoring, the ecu. Next time…